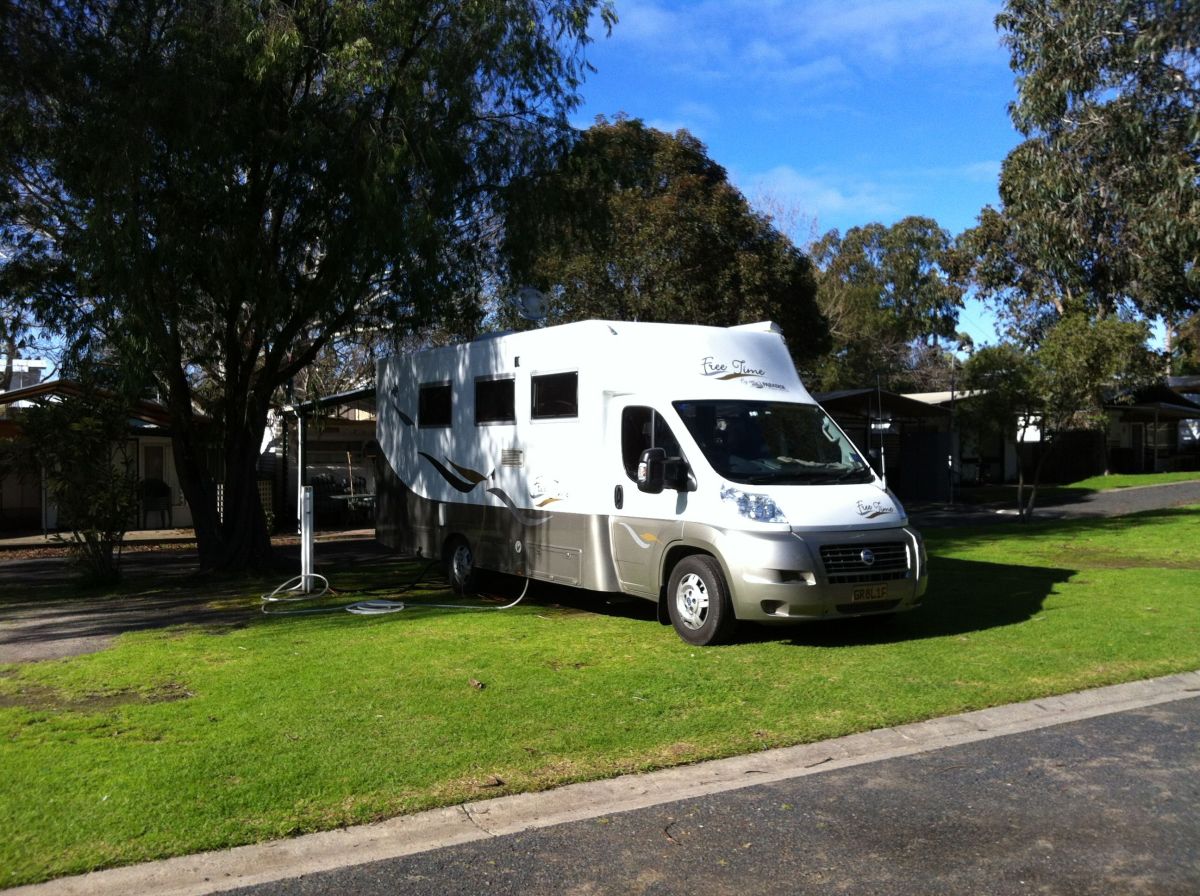 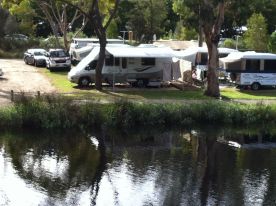 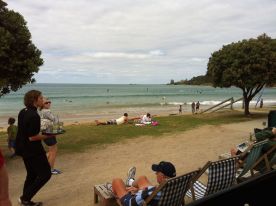 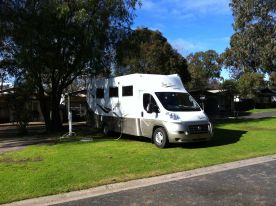 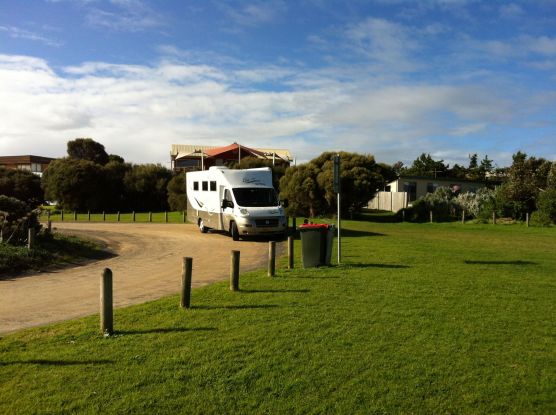 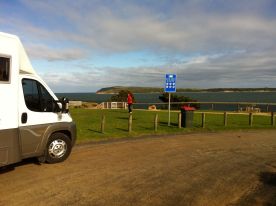 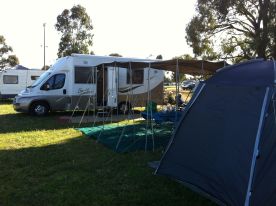 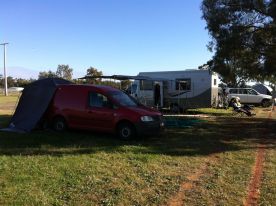 It has been a long time we reported on any trips we have done in our Motorhome.  Perhaps you have thought we haven’t been away since the end of January, but we have – not too far away but yes, we have.

Victoria had a long weekend in March.  As is common, we plan our trips at the last minute.  Without making a booking, we travelled down towards Lorne on the coast.  The receptionist at the campground there, said on our arrival, “You know this is a major holiday weekend and we are booked out.”  I asked if there was any cancellations.  “Ah, there is.  Go take a look at site 8.”  Without much hassle, we agreed to take the site.  It was right on the river’s edge with a magnificent river view.  So we took it for 2 nights – and then booked the same site for next year for the whole long-weekend.  (That’s a record in this motorhome venture.)

We had only passed through Lorne prior to this visit and we quite enjoyed the style of the town.  Lyn enjoyed the shops with her sister Earlene, who was camping with Rod’s family in another section of the campground.  There were many other campers there who we know from around the traps so there was a bit of a party atmosphere.

Church camp was held over Easter at Elmore.  We ended up setting up our site away from all the other camperswhich proved to be a good quiet location.  I did about 8 hours of chair massages and raised over $200 towards Meniere’s Australia.  Trying to take down our tarp in the high winds proved to be quite difficult, indeed.

Because we spent May in Italy and on a Mediterranean Cruise, we have not been able to get away until this weekend.  We decided to back to the same site we stayed the first time we took a weekend away in the motorhome back in June 2011.  The weatherman had said we would get lots of rain and camping would be “yuck”, but he was wrong and we had lots of sunshine, although the chill in the air wasn’t always enjoyed.  After doing the shops for a short while on Sunday morning, we packed up and drove to the back beach road at San Remo. It looked like there were whales just off the coast but we were fooled- the flow of tide seemed to send up squirts similar to whales blowing.  Lunch looking over the back near San Remo was cosy – warm inside and sunny outside.