Years ago, we came here in the Camry to find out what it is like camping on the Murray. We have returned again while others are having their yearly flutter at the famous Melbourne Cup Carnival.
It was cold over in the Yarra Valley when we left Friday, and the weather wasn’t looking promising for the weekend. We weren’t sure where we would end up but with night approaching, Yea became our overnight stop.
The morning wasn’t too much better weather wise, so we decided to stay a second night and just ‘sit’ while the storms went through during the morning. The afternoon showed us a few blue spots which enabled us to get out and explore the little town of Yea.
It is an agricultural town with much ‘country’ history. The wide Main Street boulevard is busy with travellers checking out the local cafes and shops. Lyn finds a new rose in the memorial garden to replace the ‘wrong choice’ of a few weeks ago. It is an “ebtide”, a purple colour with a nice bloom shape.
The annual Cup Weekend Photography Show is on at the well cared for Beaufort Manor. Outside the front door is a delightful hanging basket with red and white blooms cascading over the edge of the container. Inside, is a well laid out photographic exhibition. After walking through the display, we were given the opportunity to be part of the viewers choice and chose a beautiful picture of an owl. When we submitted our choice, the attendant said that the picture was the second choice of the judges, so we did pretty good really.
Sunday morning looked a little brighter with less chance of rain, so we packed up and headed towards Wangaratta where its annual Jazz Festival was the main event of the year. One of our clients had invited us as he is a keen ‘jazz festival man’ and goes each year. The town was a buzz with people and after a quick stroll through the market, we found the first community stage where a big band was performing. They played very well with quite a few school aged kids in it. At the main community stage, we were entertained by the Australian Army Jazz Band. What a difference daily practice makes to a band quality. They are of a very high standard and were well received by the large crowd that was there, some even getting up to dance in the front of the stage.
We were headed towards the Murray River really, and after a look at a few spots, found what we had always wanted as a ‘view to kill’ of this famous River. We are perched in the Motorhome overlooking the river that has had so many songs and poems written about. Once we were comfortable with the level of the motorhome, we started shooting memories. The river invites you to relax, unwind and to enjoy the reflections which invite many clicks on the cameras. We have taken over 80 photos while the sun sets for another day. The small scatterings of cloud became a slight pink haze.
We decide it’s time for our evening meal of pre-prepared cauliflower and potato soup with my bread made on Friday. Ah! It’s all gone now. – sorry. None left for you.
Monday commences with that ‘get up early for the best photos’ call. And then back to bed for a sleep-in that delays breakfast until nearly 10:00am. Water skiers are also tired and seem to be enjoying the peacefulness of this majestic river. That’s my style too.
The sun lures us to enjoy the benefits of Vitamin D for a few hours, and we set up our outside eating and sleeping area for the day. Does man need 8 weet bix each day for breakfast? Certainly not when the pancakes, fruit salad and yoghurt come along. Delicious, again, Lyn.
Skiers still not up and roaring up and down the river until after our late breakfast is had. I set the hammock up as Lyn’s office for the day but she only received three phone calls in all. A sleep here and there is thrown in and in the later part of the day, we get the bikes ready and take off for a tour of Yarrawonga. It is the first ride for Lyn for over 12 months, while it is the first ride for me since before my active Meniere’s Disease subsided. That drop Attack sure brought some blessings to me as since then 15 weeks ago, I haven’t felt any symptoms or had any signs of the Meniere’s Disease. Great stuff – keep away Mr Menieres. And that ice cream along the way was good stuff – thanks for staying open long enough to serve us.
Day two is more of that relaxation stuff beside the river. The sunshine is nice and warm while campers pack up and head on home or, head on home via the pub so they can watch the Melbourne Cup on the way. At 2 minutes before the race, we turn on the TV, watch the race, then turn it off, not knowing anything about who was who and if any of our friends got themselves on TV in some fancy outfit or not.
We have really taken to this ‘beside the river’ mode and we’re looking forward to returning for another bout; when? We do not know.
We tried starting the Motorhome. It looks like we need a new vehicle battery as the starting up procedure required the generator on to kick over the motor. Lucky, lucky! All good and a safe drive home. 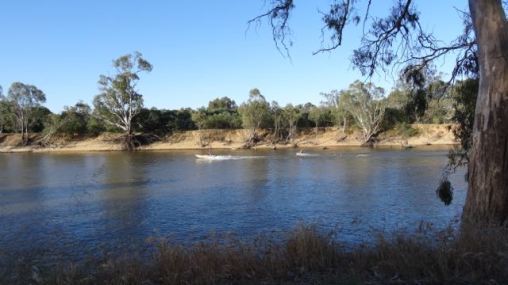 Our entertainment for 2 days. 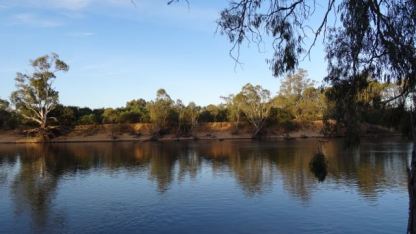 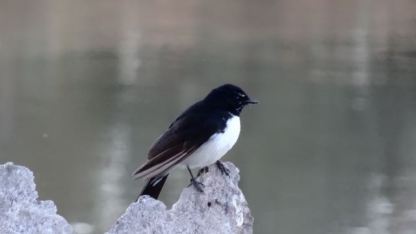 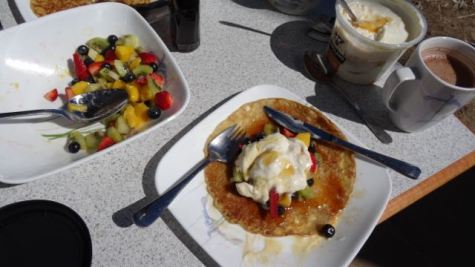 Why eat 8 feet-bix when this is the camping way.

A Paradise in paradise

Yes, this is the spot! 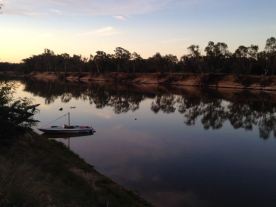 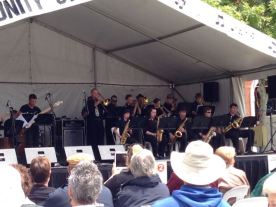