Paradise Motorhomes pride their workmanship in our motorhome and so we endeavour to drive from Melbourne to the Gold Coast to have a bi-annual ‘van’ service completed. This work includes redoing all the seals, ensuring the cupboards work properly, and that all the equipment installed in the motorhome are functioning to their optimum ability. This all takes 10-12 hours.

I left our home in the Yarra Valley at 7:30am on a Tuesday, allowing myself 4 days to arrive in Grafton where our daughter lives. As I departed home, my wife looked lonely. Once you start driving on a long trip, you kind of want to keep going, and so my first day was all the way to Sydney, much more than half the  distance for one intended day’s driving. I was just enjoying the experience with no traffic around and coasting along in ‘the world’s greatest motorhome’. The first stop was as Lake Nillachootie on the road between Mansfield and Benalla. What a different day over this side of the Great Dividing Range; sunny and warm. I took a 20-minute nap, before going on. By lunch-time, I was north of Albury at a Rest Area and the tomato sandwich was welcome. There, I met a guy who had retired 24 years ago from being a Qantas 747 pilot. He was very interesting; said that “QF don’t really have it all together when it comes to ‘service’ amongst the cabin crew these days”.

I didn’t have any timetable as such, so I just drove when I felt like it and wasn’t tired. At Gundagai, I had an ice-cream before hoping to get to Pheasants Nest, just south of Sydney. When I arrived there and after I had cooked a vegetable meal, I thought of a friend who lives just near the M7 in Blacktown and called them to see if they didn’t mind waking up to a motorhome parked outside their house. All good, had a broken sleep but felt ok. In the morning, I went to an office I used to work at in Wahroonga. I asked the receptionist about some of the people that I thought still worked there and each of them had ‘retired’. After four, I thought “time to move on”.

With nothing I could do, I ventured further north to Morisset for lunch, called another friend for a catch-up but they were not home so ventured further on. I saw the turnoff to Tea Garden and Hawkes Nest, so thought I would check it out even though it was raining. I just ‘wandered’ along, turned left and drove north a further 20 kilometres up the coast and found a bush camping area named “Dee’s Corner”. There were just 5 others camped there and the rain had stopped. I parked the motorhome so the view of Myall Lake could be in my vision. Walking around the motorhome, I heard a rustle in the palm nearby and then a thud. I looked over and a 1.5 metre green python had fallen out of the palm. A bit of a surprise but a good one as he had some beautiful markings worth photographing. A frilled neck lizard came out to see what was going on and posed for some photos too.

In the morning, thunder and lightening and lots of heavy rain as I drove towards Port Macquarie, so the driving was slow going. By the time I arrived at Port Macquarie, the rain had stopped but the storms were brewing for more later in the day. I have often heard that Port Macquarie is ‘on the edge’ of the Queensland humidity and the southern winter coldness. That sounds a good place to retire. While there, I visited a very well laid out ‘over 50’s’ village with immaculate lawns and gardens, activities centre and swimming pool/gym. I took a brochure to show Lyn when we meet on the 19th. Well, you never know when we may need it. I then drove on up to Stuarts Point to rest for the evening. There were only the two campers there and I thought I should break the silence between the both of us. It turned out it was a family that our son had done his nursing degree with in the 90’s. So they have been able to catch up on the phone, now.

I drove on to Coffs Harbour to have lunch and then on to Grafton to spend the weekend with our daughter and her husband. It was good to catch up and see the development of their family of aviary birds. They have a ‘boss of the cage’, Harry, a galah, who has taken up talking and so you never know what may come out of his mouth. We hope that the neighbours don’t teach him some colourful phrases that aren’t wanted. The budgerigars are breeding well and the grass parrots are trying to but without success to date. On Sunday, we joined a group from their church on the Clarence River for a day of water skiing. This was cut short in the late morning when the boat decided to give up and it was out with the paddles to get to shore.

In the late afternoon, I drove on up to Sleepy Hollow Rest Area and bedded down for the night after another vegetable meal. Despite the movement of trucks and cars through the rest area, I managed a good sleep. I needed to have the motor home back to Paradise for its service at 8:00am and it was only 55 minutes drive. Filling in 10 hours at the nearby shopping centre at Harbour Town, becomes a bit boring, so I tried the new fast rail into Surfers Paradise and spent some time looking around a much tidier Gold Coast than I had seen 8 years before. The fast rail is quite smooth and user friendly, once you understand the ticketing touch-on system. On my return to Paradise Motorhomes, I had to wait a further 90 minutes for them to complete the work required to up the efficiency of the solar panels with final testing.

After checking the campgrounds around the area, I was put off making a booking as I didn’t think I could get value from the $68 per night fee for just myself. I don’t need jumping pillows and so-forth, so drove north to Coomera Truck Stop for the night. It was very busy with many semi-trailers coming through during the night. One driver must have left his vehicle in reverse, and all through the night, his reversing beeps were quite loud and required my good ear to be towards the pillow in order to get some sleep.

I didn’t know what I was going to do for the day but when I turned the key in the morning, I drove across to Dreamland and spent the day there. I hadn’t been there for 30 years so was good to catch up on the rides and different features around the park. There was only the one ride I thought my meniere’s body could bare and that was the train ride around the park. The sky was blue and was great background for the colourful rides that are at such parks.

A friend we had made while camping at Valla Beach Resort years ago, called me and offered to let me park outside his house for a night or two. They were very hospitable, and it has been good to catch up again. It was also good to catch up with a couple of nieces and sister-in-law for dinner one night too.

The cricket test was on and tempting but not alluring as the humidity was high, something I had not accustomed myself to, so I drove to Kirra on the NSW/Queensland border for a couple of nights. The campground is close to the Coolangatta Airport where my ‘solo adventure’ would end with the arrival of Lyn from Melbourne.

Being alone on this sort of venture can be good but often is lonely and it is good to have Lyn with me for the rest of the trip back to Melbourne.

Trying out the new ‘selfie stick’ 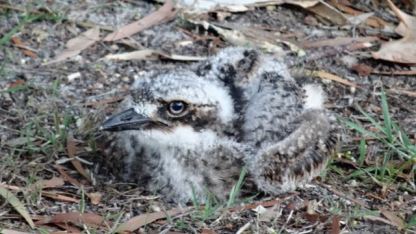 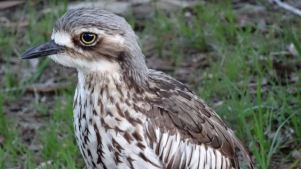 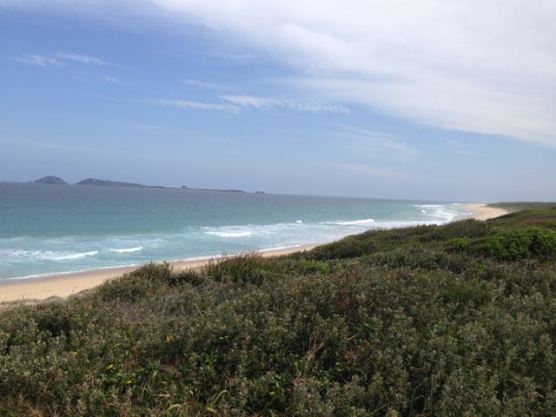 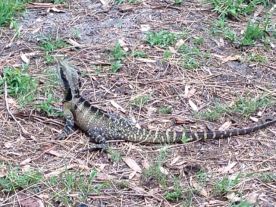 “What’s Up? Am I missing something?” 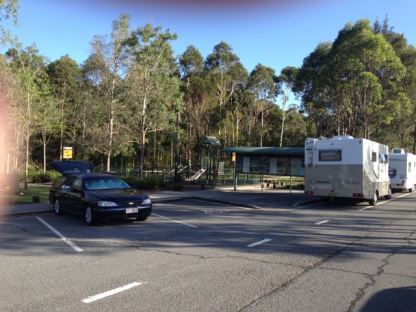 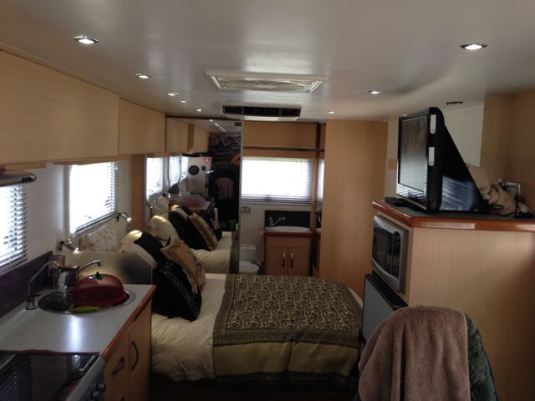 Inside the motorhome – tidy and ready for Lyn’s arrival 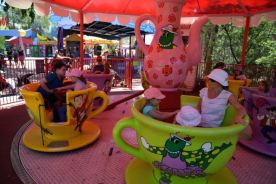 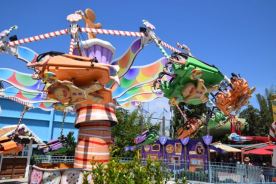